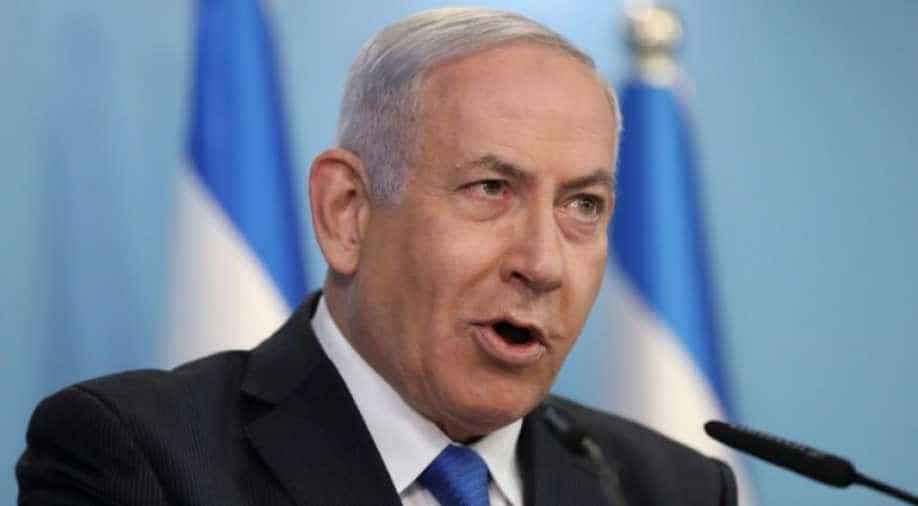 
Israeli Prime Minister Benjamin Netanyahu, who faces a real threat of losing his long power, said on Sunday that Facebook is trying to silence the right wing and that its political rivals are putting the country at risk.

END_OF_DOCUMENT_TOKEN_TO_BE_REPLACED


Israeli Prime Minister Benjamin Netanyahu, who faces a real threat of losing his long power, said on Sunday that Facebook is trying to silence the right wing and that its political rivals are putting the country at risk.

In tones reminiscent of former US President Trump’s allegations of “a stolen election,” his comments came a day after the National Security Service urged leaders to tone down the rhetoric for fear it would spark violence.

“We are witnessing the greatest electoral fraud in the history of the country, in my opinion the history of any democracy,” said Netanyahu. “That is why people rightly feel deceived and react to it, they must not be silenced,” he said in radio comments from his Likud faction.

Netanyahu is nearing the end of his twelve-year term as Israeli prime minister after Israel’s centrist opposition leader Yair Lid announced on Wednesday (June 2) that he had successfully formed a governing coalition with parties from across the political spectrum, including the first time in the history of Israel, an Arab-Islamist party. The government has yet to be sworn in.

Some right-wing groups are angry with Naftali Bennett, the man who will replace Netanyahu as Israeli prime minister. Bennett broke his election promise not to join a coalition with Lid and left-wing and Arab parties.

Protests took place outside the homes of his party members and their security was reinforced following threats on social media, prompting the Shin Bet boss to issue a rare warning on Saturday that extreme online discourse could lead to real violence.

While condemning violence and agitation, Netanyahu reiterated that he labeled the Lid-Bennett coalition a dangerous left alliance.

“This government is putting Israel at risk such as we have not seen in many years,” he said.

He called on Bennett’s party members to appeal against the new administration in a vote of confidence that has not yet been scheduled.

Netanyahu said Facebook and Twitter were blocking legitimate right-wing criticism of the new government. He added that Facebook removed a right-hand post containing the address of a Knesset member that was supposed to be protesting, while a left-hand post with the same address urging people to support the legislature was not included became down.

“Data protection and the protection of personal data are important so that people feel safe using our services. In accordance with our global community standards, we do not allow the posting of personal or confidential information about others, including people’s addresses and phone numbers, so we remove such content as soon as we learn about it “- a spokesman for the Facebook company.