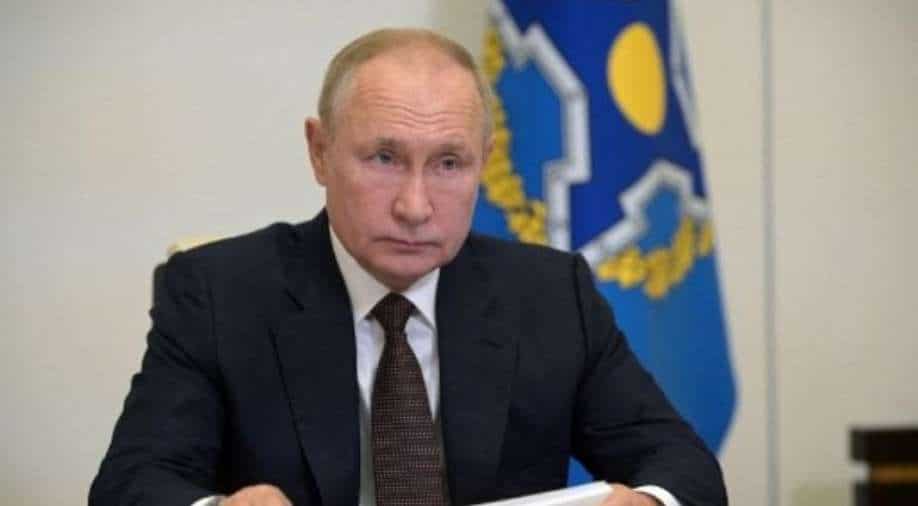 Russia can remove the Taliban from the list of extremist groups: Putin


A day after Russian President Vladimir Putin said that Afghanistan’s foreign assets should be lifted, the leader claimed Russia was considering removing the Taliban from its list of extremist groups.

END_OF_DOCUMENT_TOKEN_TO_BE_REPLACED


A day after Russian President Vladimir Putin said that Afghanistan’s foreign assets should be lifted, the leader claimed Russia was considering removing the Taliban from its list of extremist groups.

“We all expect the Taliban, who undoubtedly control the situation in the country, in Afghanistan we expect the situation to develop positively. Depending on this, we will jointly make the decision to exclude them from the list of terrorist organizations that we are approaching. Russia’s position will be there insist on moving in that direction, “he said.

“The President of the United States is on the right track. He got it right when he withdrew his troops from Afghanistan the political attack (in the US) but he did it, he took responsibility. “

His statements came a day after the head of state urged Western governments to thaw Afghanistan’s financial assets and resume economic support for the South Asian country. Putin claims that this will contribute to stability in the country, which will also help the neighboring countries of Afghanistan.

In the meantime, the US has made it clear that the Biden government has no plans to release Afghanistan’s gold, investments and foreign exchange.

Putin has called on the US and Europe not to shirk “responsibility for current and future developments” in the country.

The terrorist organization took control of the US-backed Afghan government on August 15 and has since formed its own government in the South Asian country. However, the Taliban were unable to bring financial stability to the country, which has been the target of several ISIS explosions and attacks.

The Taliban government was also unable to pay the electricity bills to neighboring countries, which very soon resulted in a complete blackout in the country.